Anti heroin implant is an opioid receptor antagonist that blocks the effect of heroin (and other opiates) in the brain which is why is also called “heroin blocker”. When anti heroin implant is placed, an addict is unable to reach euphoria, or so called “high” from using heroin which is the main reason why it is considered the most effective tool against relapse in heroin addiction treatments. 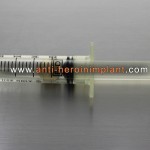 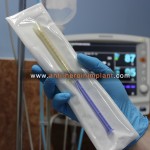 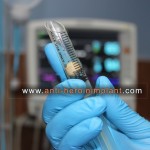 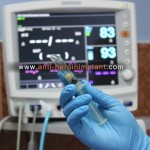 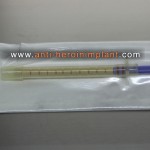 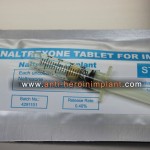 Unlike any other treatments for heroin addiction during which an addict can choose not to take the prescribed pill (or forget it) in order to use heroin again, anti heroin implant is placed under the patients skin which rules out possibilities of relapse whenever patient feels heavy heroin cravings and keeps him on the course of the treatment long enough for these cravings can be deactivated.

Procedure of placing an implant

The procedure of placing anti heroin implant is quite simple and quick. It last for 5-10 minutes and consists of four simple steps:

Anti heroin implants differ in size depending on the duration of their active effect in the body. Heroin blockers can protect the patients from relapse for periods of 2, 3, 6, or 12 month during which other forms of physical and psychological treatments can be applied in order to completely heal the patient’s body and mind, eliminate cravings and the cause for starting an addiction in the first place.

The price of anti heroin implant treatment is actually quite low considering its effectiveness: 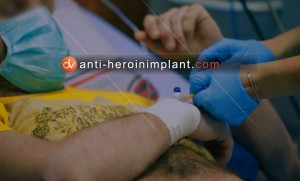 Painless heroin detox at our clinic

In order to get anti heroin implant a patient has to be completely detoxed from heroin or any other opiates for at least seven to ten days, because placing a heroin blocker under the skin of the patient that is not clean from opiates would immediately trigger severe withdrawal symptoms. Heroin detoxification is difficult and sometimes very dangerous process when done in unprofessional, non-medical environment (like “cold turkey” home detox) and usually ends in relapse.

Heroin Detox can be safely and rapidly performed at Dr Vorobiev clinic where the patient’s conditions can be monitored with the latest medical equipment and eased by our caring and experienced medical staff.